Hoping you All had an Enjoyable, Fun-packed Christmas  … 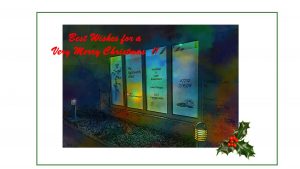 We are delighted to unveil the Lightworks Clinic new window art  …. 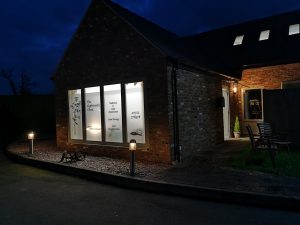 Not only does it make it more easy to find us …..

but, being able to dispense with the blinds, means the space inside is now much more bright, light and airy  …   and even more discreet   !!

Together with a new canopy over the entrance door and a revamp to the interior, the Clinic now feels more complete…

I always knew there was a reason why I just love Bird Song so much  ….

Click on the image above to learn how listening to nature’s songsters can benefit our health  !!

Interesting article for all sufferers of knee arthritis out there  ….

Dongzhimen Hospital and Puxiang Hospital in Beijing has recently published research into the effectiveness of Acupuncture for treating osteoarthritis of the knee.  Researchers treated joint dysfunction and pain successfully with abdominal acupuncture in their multicentre study

At the Lightworks Clinic we offer both Traditional Acupuncture and ‘needle-less’ Laser Acupuncture, together with the tissue healing effects of Laser Therapy, to help treat osteoarthritis  ….  wherever the pain is felt

Just one Cigarette Butt has the potential to pollute 200 litres of water  !! 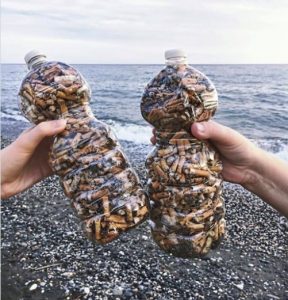 This astonishing fact, when multiplied by the number of Butts in the two 1.5L bottles above  –  collected over a period of just two hours  –  have the potential to pollute  something like 160,000 Litres  …

And we thought our problems were all about Plastic !!!

The Lightworks Clinic can help you Quit Smoking

used to define all Therapies that use Light as their medium.    Thankfully it is more often than not abbreviated to ….  PBM  !!

Read the Review in the latest edition of the journal  Photobiomodulation, Photomedicine and Laser Surgery   written by its Editor-In-Chief, Michael Hamblin

The new wording however, does not change the way light works and interacts with  every  cell in the body.

Photobiomodulation  (aka  Laser Therapy) succeeds directly because of its intricate interaction with tissue  –  it supplies energy, in the form of photons (packets of light energy) to cells that are compromised  –  whether stressed, injured or diseased  –  and is used to help heal wounds, control infection, strengthen tendons and ligaments or mend fractured bones.

In more detail ….
In their normal state, cells already use bio-photons from the cells’ own DNA, not only to communicate with each other, but in the manufacture of ATP (Adenosine-Tri-Phosphate)  –  which is the energy cells need in order to do their ‘job’.
PBM  doesn’t ‘mask’ what’s wrong with the cells, nor does it take their job away like some drugs do….  it merely offers compromised cells  ‘energy’  –  in a form the cells already know how to use  –   thus allowing them to function to their optimum level.

It is only a change in name, the Therapy stays the same  –  however PBM does more accurately describe the effect light has on tissue …..

Mental Awareness Week should be EVERY week  …  it doesn’t just ‘Go Away’ on Friday  !!! 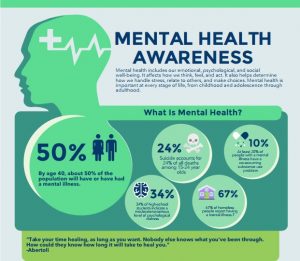 Mental Distress can strike Anyone, at Any Time  –  the problem is that it can’t be seen.
We give sympathy and consideration, time and good wishes to anyone with a broken leg  …  so why don’t we do the same for an injured Mind ?   The fact that it can’t be seen or touched, shouldn’t prevent us from giving the same TLC and Understanding. 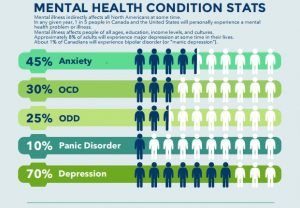 Well, what a month of contrasts February was  … 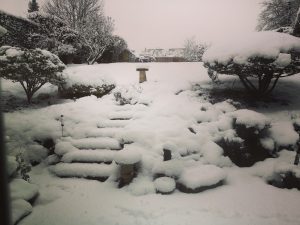 However March is now upon us, with fresh winds and lighter days,
heralding Spring just around the corner  !!

Whether it’s a Human, Canine or Equine Laser Therapy you’re looking for the 2019 Lightworks Clinic Training Courses are now available : 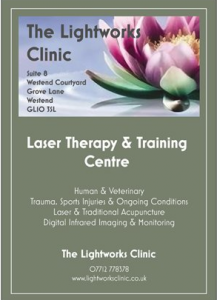 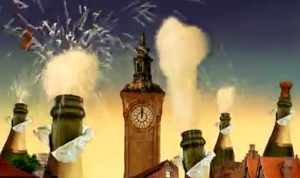