January   started with a flurry of training sessions around the country  –  from Devon to Lancaster to Maidstone, with many other places in between  –  largely Omega Manufacture Training, for those who had bought, together with on-site veterinary courses at practices who wanted greater in-depth knowledge of LLLT application.

February  began with a trip down to Howletts Safari Park, Hythe, Sussex.  Having consulted with them for almost a year regarding one of their Eastern Black Rhinos, they purchased a Laser for in-house use  –  so it was great to set up a course for the vets to discover the multitude of conditions they could use their laser on.

Towards the end of the month I had the pleasure of being invited to speak at the ACPAT Annual Conference, to not only highlight the benefits of LLLT, but to also start a discussion on the current ‘hot topic’ of Class 3B vs Class 4  –  a really interesting Conference, with great speakers and informative discussions.

The month finished with a quick trip down to ZSL, Regents Park to discuss a troubled Tapir  –  it’s a hard life, but someone’s got to do it !!

March    saw the start of the Omega Equine yearly courses over in Newmarket  –  always a lively weekend which brings together people from all aspects of the equine world  …  with much networking and discussion, particularly surrounding the now popular Friday evening ‘get together’ !!

More courses, this time here at The Lightworks Clinic, together with a bespoke course held in Cardiff for Innermost Healthcare, Ash Tree Private Medical Clinic  –  a fabulous clinic dedicated to women’s health and already achieving great results with LLLT.

The month concluded with another invitation to speak  –  this time at the  NAVP Conference, Warwickshire  –  a smaller but friendly and dedicated group of practitioners.

April   found me winging my way over to Sydney, Australia for the month  –  principally to see my son  …  but I did take the opportunity to pop to the Gold Coast see my colleague Monica Stratford and run an LLLT course for her staff at Total Essence, Paradise Point  –  a lovely wellness clinic in a heavenly part of the world !

This was a ‘full on’ project from dawn to dusk on 24 hour stand-by  –  principally because May is the height of the foaling season … patience was delightfully rewarded with the birth of  ‘Bilbo Baggins’,  the tiniest, cutest little Shetland pony !!   However, our time was not all spent ‘cooing’ over the latest arrival  – sound and detailed research was undertaken during that fortnight … so watch this space for the outcomes later this year !!

June    saw more training courses around the country, from Sidmouth, Whittington and Sussex (again), together with the June Omega Newmarket Equine Course  –  quite a quiet month really !!

July  –  started with the Lightworks Canine Weekend of Canine Laser Therapy and Canine Introduction to Laser Acupuncture courses,  followed by two trips down to the Southampton and Bournemouth areas for more Manufacturer Training.

However, the really exciting event in July was being approached by International Avian Vet, Dr Neil A Homer-Forbes,  BVetMed Dip ECZM(avian) FRCVS, to join him next January out in South Africa at VULPRO  –  a dedicated rehabilitation center for injured vultures  –  so there will be  more on this unique project over the months to come  …

In the meantime, take a look at the work they are already doing to save this critically endangered and absolutely essential eco-species from extinction  …   www.vulpro.com 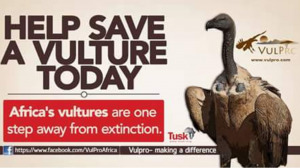