Burmese Python
This 9 foot female had recently undergone surgery to remove a batch of infected eggs.  However the infection had spread throughout her body, she was not eating, losing weight and, as you can see, was losing her skin patternation. 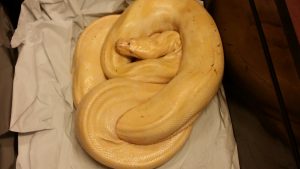 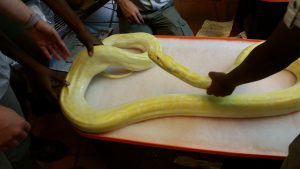 This is her two weeks after the application of Low Level Laser Therapy  –  she has put on weight, is much more active and the beautiful lemon and white patternation of her skin is returning ! 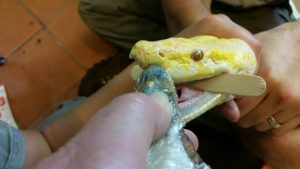 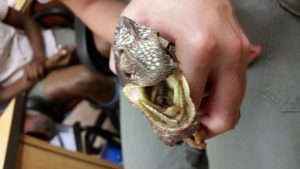 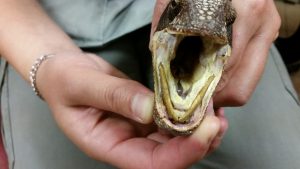 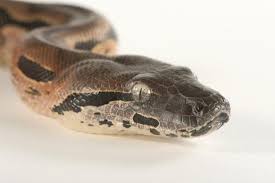 Infection had entered through a surgical wound on the belly of this magnificent snake   –  evidenced by the pink, inflammed colouration radiating through the skin

Veterinary approval is sought prior to any